From Concept to Composition 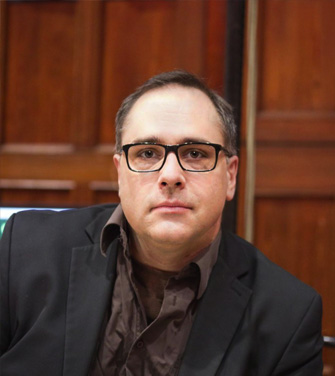 This year’s composition class will be led by Hollywood composer Joe Kraemer, who recently won Discovery of the Year at the World Soundtrack Awards for his score to Mission: Impossible – Rogue Nation. With a focus on the conceptual aspects of composing music for film, students will have a rare opportunity to learn from one of the industry’s best new talents to emerge in years.

The course will focus on conception, spotting, and composition. Classes will include behind-the-scenes looks at the scoring of Mission: Impossible – Rogue Nation and Jack Reacher, including unreleased and alternate versions of cues from both movies, as well as other films from Joe’s resume. Combining visual media with anecdotes and live demonstrations, this course will give you a rare, truly inside look at scoring films.

This class will presume students have a working knowledge of melody, harmony, and basic orchestration. Joe will be building on students’ foundation in these areas with analysis of his own work, as well as the work of other composers, such as John Williams and Hans Zimmer. The class will have an open structure, allowing students every opportunity to ask questions and pursue areas of specific interest.

Joe Kraemer – From Concept to Composition from Hollywood Music Workshop on Vimeo.