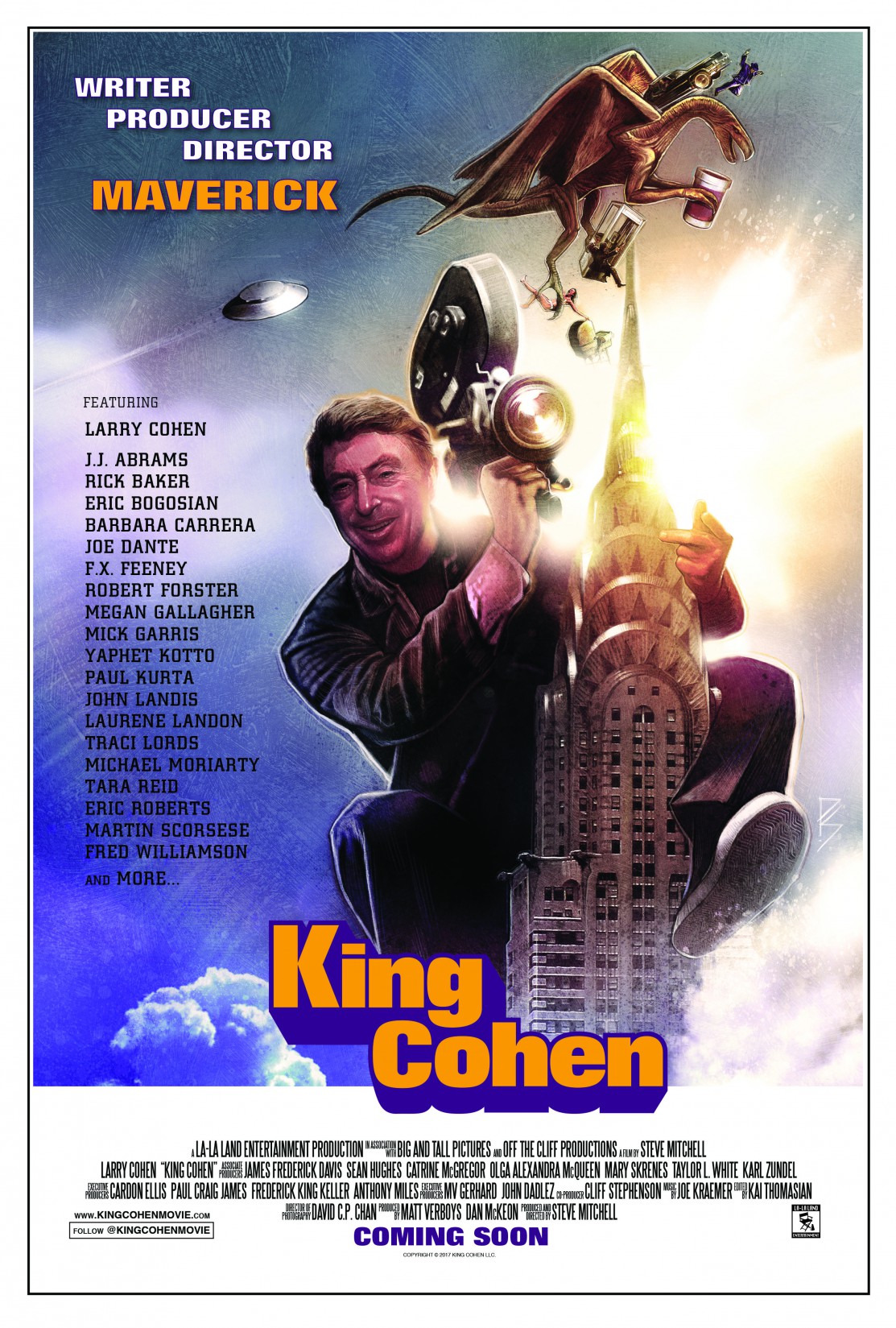 Last week was the premiere of KING COHEN: THE WILD WORLD OF FILMMAKER LARRY COHEN – produced by LaLa Land Records MV Gerhard and Matt Verboys. If you see it playing near you make sure not to miss one of the most exciting and insightful documentaries about the business of film – and I’m sure we’ll be talking about a soundtrack release soon! Check out the website to see when it will be showing near you.

Buckle up for KING COHEN, the true story of writer, producer, director, creator and all-around maverick, Larry Cohen (Black Caesar, God Told Me To, Q: The Winged Serpent, The Stuff). Told through compelling live interviews, stills and film/TV clips, the people who helped fulfill his vision, and industry icons such as Martin Scorsese, John Landis, Michael Moriarty, Fred Williamson, Yaphet Kotto and many more, including Larry himself, bring one-of-a-kind insight into the work, process and legacy of a true American film auteur. Few can boast of a career as remarkable or prolific, spanning more than 50 years of entertaining audiences worldwide!

« Joe Kraemer is Proud of CREEPED OUT!
Looking for Gift Ideas? Then COMRADE DETECTIVE is Here to Help. »