Murnau’s “SUNRISE” With A New Score By Joe Kraemer

A SUMMER CONCERT IN BADEN, NEAR VIENNA
DURING HOLLYWOOD MUSIC WORKSHOP 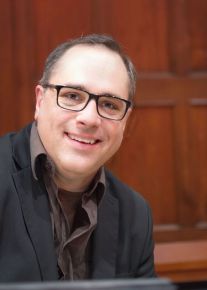 The legendary film will take the audience to the year 1927. One of the most significant directors of the silent film era, Friedrich Wilhelm Murnau, created this romantic drama and suspense film, which received three Academy Awards at the 1st Oscars ceremony. The film was chosen by Sight & Sound as the fifth best film of all time. The film stars George O’Brien, Janet Gaynor, and Margaret Livingston.

The Synchron Stage Vienna Orchestra, renowned for its recent international motion picture and TV recordings, will select a chamber group of its top musicians and accompany the live screening, conducted by Joe Kraemer.

The exceptional evening is produced by HMW Music Productions and will be featured during the annual Hollywood Music Workshop.
Joe Kramer has been scoring films since the age of 15. He is known for projects such as “The Way of the Gun”, “Jack Reacher” and “Mission: Impossible Rogue Nation”. In 2016 he received the “Discovery of the Year” award from the World Soundtrack Academy.